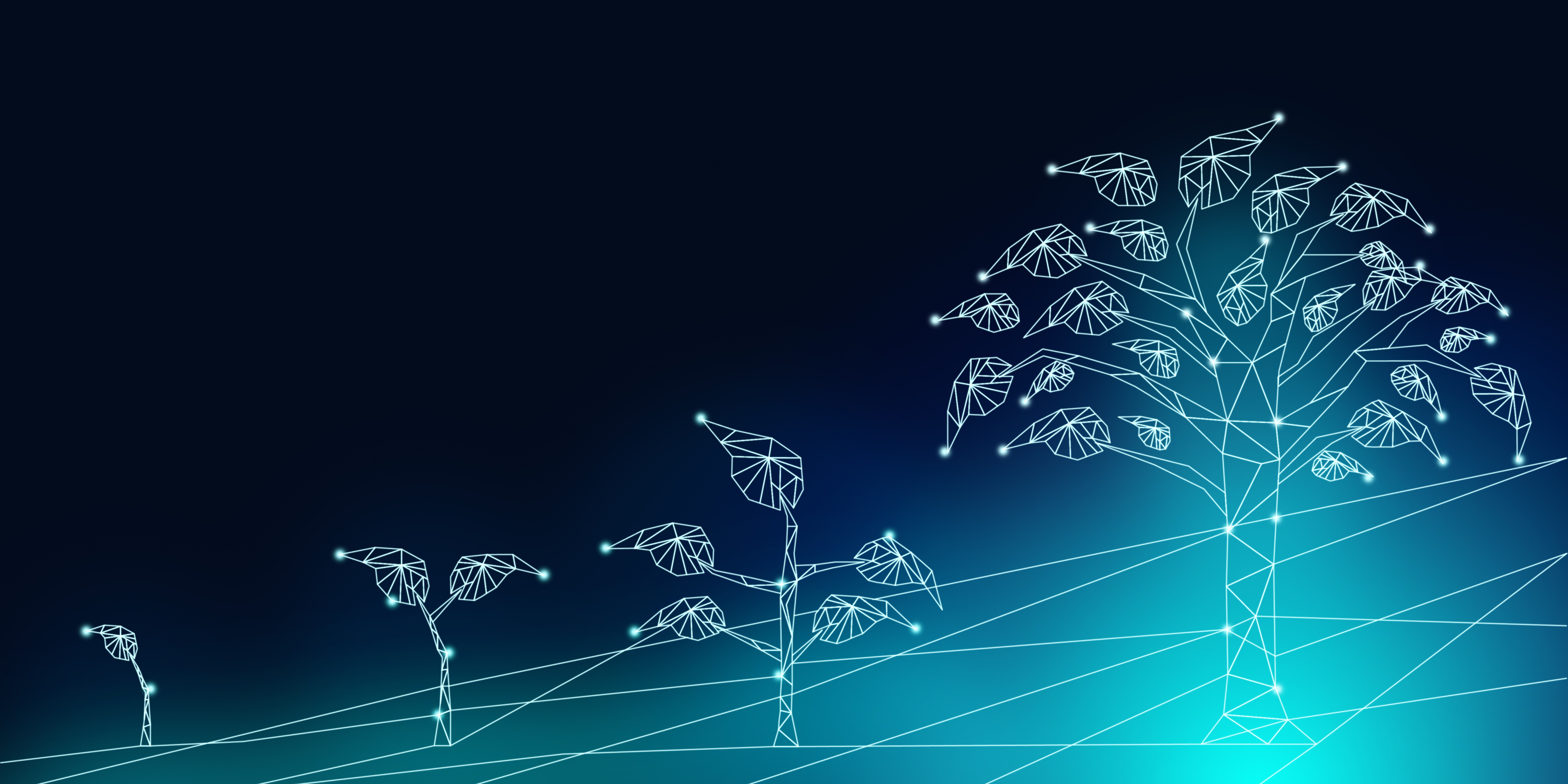 Collaboration in the Cloud

New Zealand Department of Conservation embraces content as a service to engage and empower its broader community.

The New Zealand Department of Conservation (DOC) manages 30 percent of the entire nation’s land area, plus offshore protected areas that could soon include one of the world’s largest marine sanctuaries. To meet that mission more effectively, the department will be tapping into collaboration in the cloud and improved search for internal documents.

DOC maintains national parks, protects wildlife and ecosystems, and keeps the public informed about the environment. When hikers or backpackers go “tramping” through protected lands, it’s the Department of Conservation that warns them of the dangers of being caught in seasonal flooding. When debates flare over whether the introduction of honeybees has harmed the region’s ecology, or worries spring up about a plague hitting the nation’s bird population, DOC organizes the scientific research. But the agency can’t do it alone.

Particularly over the past five years, the department has made a concerted effort to work more closely with private conservation groups, universities, scientists, and other constituencies who share an interest in preserving natural habitats. A big part of that cooperation is sharing research and data—“essentially sharing our systems,” Edginton says. “To do that with literally millions of documents and research articles, we needed a much better way of searching them and storing them.”

DOC’s strategy for its new system shows how cloud offerings and cloud architecture are changing the way leaders think about new IT projects. DOC wasn’t ready to move to a public cloud platform, but Edginton and his team wanted a system architected and priced like a cloud service. They wanted the system to run in a government-managed data center, but with the option of linking to other public cloud services. And they wanted the option to someday run entirely in a public cloud.

A New Age of Openness

At the most basic level, ContentWorX helped reduce the risk that DOC would be found in violation of New Zealand’s Public Records Act, says Allan Ross, DOC director of transformation and threats and the senior leader responsible for the ContentWorX implementation. Under the law, the government has largely switched from “the assumption that information is closed unless we decide to make it open, to now saying it’s open unless there is a damn good reason it has to be closed,” says Ross. In the past, DOC couldn’t produce documents quickly on demand because it had 2.3 million of them stored in folders with poor searching ability, Ross adds. With the new system’s strong search capability (see sidebar, “Better Search Replaces Folders”), that information is much more readily accessible.

Better information makes everyone, from cabinet ministers to DOC field personnel, better able to fulfill the DOC’s conservation mission. “Every decision-maker, at every level, now has much better access to information and the documents they need to make decisions,” Ross says.

Oracle WebCenter in a Private Cloud

ContentWorX is based primarily on Oracle technologies, including Oracle WebCenter Content and Oracle WebCenter Portal. New Zealand government agencies can buy the service à la carte from a catalog of business application services, with cloud-style subscription pricing based on users per month. While Oracle offers its own software-as-a-service and platform-as-a-service offerings on the same foundation of enterprise technologies, the government of New Zealand wanted a private cloud approach running on hardware in a government data center connected to the government’s wide area network (WAN)—an “inside the firewall” configuration.

A second phase of DOC’s ContentWorX project is in the active planning phase, which includes exploring the best way for DOC to selectively make documents available to volunteers, researchers, and other conservation partners. Employees will also get mobile access and the ability to securely access the repository from public internet connections. “Eventually, we will be pure cloud,” Edginton predicts.

One way for DOC to provide that third-party access collaboration could be syncing between ContentWorX and public cloud file and document sharing services, potentially using Oracle Documents Cloud. DOCSConnect, a TEAM Informatics product offered through the Oracle Cloud Marketplace, makes it possible to synchronize Oracle WebCenter Content with Oracle Documents Cloud, while still enforcing an enterprise’s access and security policies.

The thorniest implementation challenge has been network performance problems that affected document search and retrieval, particularly for employees in remote offices. “Some of it is just the size of the documents, combined with the bandwidth we’re able to supply out to remote areas,” Edginton says. “When you’re trying to download very large documents, that gets very slow.”

Part of the problem is that many of those field offices are on remote islands “halfway to Antarctica,” notes Volker Schaberg, director of TEAM Informatics operations in Australia and New Zealand. Finding and addressing the root cause of the slowdown required a closer look at the government’s WAN infrastructure. For example, the new content management system works over encrypted web connections—HTTPS, rather than HTTP—and the department’s network acceleration hardware wasn’t configured to optimize HTTPS traffic. Following an upgrade to those network optimization devices, Edginton and Schaberg believe that the remote-office challenge has been mitigated. A network bandwidth upgrade in progress should also help.

For DOC’s ContentWorX solution, TEAM Asparona integrated Oracle WebCenter with Semaphore, a third-party autoclassification solution from Smartlogic. Semaphore automatically adds new metadata tags to records when they are saved into the ContentWorX repository, classifying according to their DOC-specific purpose (such as a conservation policy document or a supplier contract) and their DOC-specific contents (for example, conservation projects, locations, or groups). This means that users don’t have to select the correct folder or manually add metadata when saving a document, and they can find a document or other content without knowing which folder it’s stored in. With this ease of use, more than 95 percent of the DOC workforce regularly uses ContentWorX to support day-to-day needs, driving both user adoption and DOC’s return on investment in ContentWorX.

Ross says it helped that TEAM Asparona was highly motivated to make the system a showcase it could use for other customers. He was also pleased at how much attention the Oracle team gave the project when his team asked for help. “This was a small project, and New Zealand is a small part of the globe for an organization like Oracle,” he says. Yet Oracle saw the potential to showcase Oracle WebCenter as a foundation for cloud computing and gave DOC high priority for technical support.

Another challenge turned out to be timing. DOC was among the first New Zealand government agencies to implement a cloud computing service on a large scale. Although the cloud approach is consistent with the New Zealand Department of Internal Affairs’ IT policy, the oversight group hadn’t nailed down all its data security certification standards by the time DOC was ready to go live with ContentWorX. “Because we didn’t have the official government agreements in place, it left us quite exposed,” adding a lot of stress, Ross says. “We did our own risk assessment to compensate.”

One of the department’s main reasons for adopting a new content management system is to enable collaboration with partners outside of government. But before creating a public login page for external collaborators, DOC needs to finish implementing the identity management infrastructure for authenticating outside users. Once that is in place, DOC is planning on “using the collaboration tools available in the system and putting documents into a publicly accessible web service,” Edginton says. “That’s what we’ve been designing for from the beginning, to provide access to all of the content and the search tools in the system.”

How might public cloud services work for external collaboration?

Edginton sees potential advantages in connecting ContentWorX to Oracle Documents Cloud, since they’re based on the same underlying technology. However, he would also like to build bridges to services such as Google Drive, upon which some DOC partners such as universities have standardized.

Selectively synchronizing ContentWorX content with public cloud storage would also widen the circle of potential collaborators who can access DOC’s content, Schaberg says. Partners outside government can only get online access to the content today by getting an account on the government network as if they were employees. Researchers at the University of Otago, for example, have access to ContentWorX because they play an important role in DOC programs. However, granting that kind of system access requires a great deal of trust, and it’s not a model that scales to encompass all the private conservation and community groups DOC would like to engage with. If documents classified as public information could be replicated to a public cloud service, access to that content could be granted much more readily, he says.

Another important scenario for hybrid cloud use would be sharing documents with specific people but not the general public, such as in contract negotiations. While it’s still common for businesses to handle drafting and signing of contracts by email, “that’s a very insecure and inefficient way to do it, where you lose the audit trail,” Schaberg says. “A much better way would be for me to put that document in a folder on Oracle Documents Cloud Service and then share that folder with you.” The parties to the contract can then mark up the document, exchange updated versions, and finalize it with a digital signature.

Though further decisions remain, DOC is off to a good start. Edginton describes it as a “large, audacious stretch goal” to ensure that DOC could facilitate document sharing with others looking to do conservation work with the department. To do it right, he says, “we needed to find tools that were appropriate and hopefully future-proof. We see that with Oracle, ContentWorX, and the other things that come with the Oracle platform.”